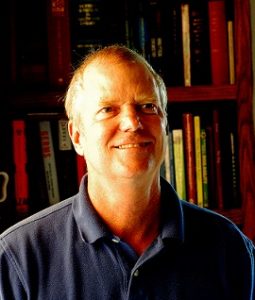 Dr. Schoeller received his Ph.D. in chemistry and geochemistry from Indiana University.  He was trained in the use of isotope ratio mass for geochemical and biologic applications.  He has expertise in light isotope biogeochemistry, vacuum technology, mass spectrometry, and computer interfacing and programming. He spent two years as a Post-doctoral Fellow at the Argonne National Laboratory developing stable isotope tracer methods to study human metabolism. He joined the Department of Medicine at the University of Chicago where he directed the Stable Isotope Core of the Clinical Nutrition Unit.  In 1997, he became a Professor of Nutritional Sciences at the University of Wisconsin-Madison with a specialization in human obesity research. In 2013, he transitioned to Professor Emeritus and joined the Biotechnology Center.

Dale Schoeller was the first to use the doubly labeled water method to measure the Total Energy Expenditure (TEE) in humans (Schoeller and van Santen, 1984).  He optimized human protocols for its use, proposed the calculations still in use today, and led many of the method’s first applications to human health research.  He now directs the laboratory performing the doubly labeled water analyses and advising investigators requesting collaboration with the Isotope Ratio Laboratory.