Credentials: MSc and Ph.D. in Food and Nutrition Science 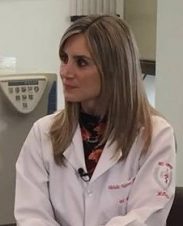 Dr. Ravelli received her MSc and Ph.D. training at the Sao Paulo State University (Unesp), Botucatu, Sao Paulo, Brazil. As a Registered Dietitian Nutritionist, she accomplished a professional development course in nutritional approaches in endocrinology and metabolism by the Medicine School, Sao Paulo State University (Unesp). Under the supervision of Professor Maria Rita Marques de Oliveira, Michele studied the accuracy of self-reported dietary intake of obese individuals. This led to an addition in her MSc degree research training, including stable isotope studies under the supervision of Professor Carlos Ducatti of the Stable Isotope Center (Unesp), Botucatu, Sao Paulo, Brazil.

Michele investigated methods to analyze 2H and 18O and establish the methodology for the doubly labeled water method at the Isotope Center, which was later applied to her Ph.D. training. As part of this training, she spent six months studying the doubly labeled water method with Dale Schoeller at the University of Wisconsin. She is an expert in the health effects of obesity, and bariatric surgery on energy expenditure and produced additional reviews of the doubly labeled water method for measuring energy expenditure and summarizing the validations of the use of doubly labeled water plus the change in body energy stores for the objective measurement of energy intake. In mid-2018, she began her postdoctoral training in neurology at the University of Wisconsin. She has been investigating the effects of ketogenic diets in patients suffering from epilepsy and expanding her expertise in stable isotope methods for the study of human health and disease.